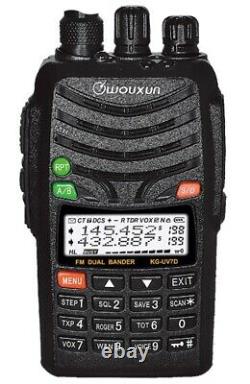 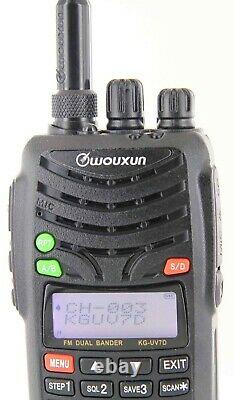 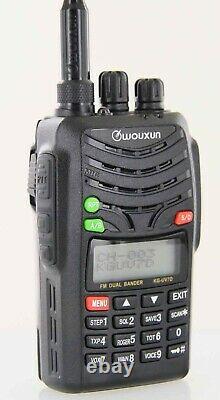 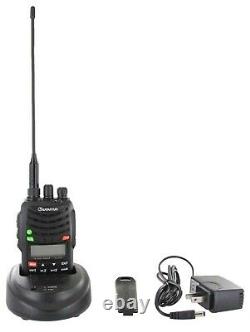 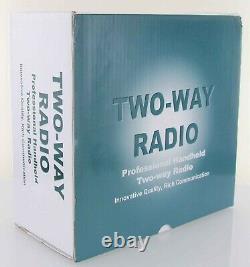 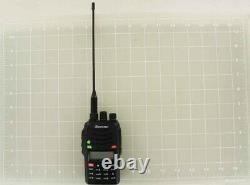 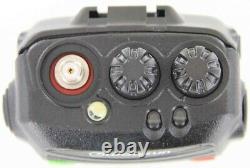 This radio has been approved by the FCC. Type accepted for Part 90, FCC ID WVTWOUXUN07. Want a handheld with more power?

The Wouxun KG-UV7D is a high power dual band UHF/VHF radio loaded with powerful features at an affordable price. With 5 watts UHF and a whopping 7 watts VHF, the KG-UV7D provides the RF carrier power of a high end portable handheld without the high end cost. The KG-UV7D features 199 programmable memory channels with CTCSS and DSC Scan, priority channel scanning, and 1750 Hz burst tone. It's bandwidth selectable, allowing you to select wide or narrow bandwidth at the press of a button. Bands can be freely set on the same channel for VHF TX-UHF RX or UHF TX-VHF RX. It's power selectable as well, giving you the option to transmit in high or low power mode. But the features don't end there. Wouxun has built in a lighted LCD display that is selectable in Channel Mode, and a Power-On display message that is customizable.

The UV7D is also rated IP55 water resistant, a plus when taking it with you outdoors. The KG UV7D is powered by 7.4v 1700mAh (12.58Wh) Li-Ion battery pack for many hours of operation. Power Saver Mode helps increase efficiency and preserve battery life. 137-174MHz VHF Frequencies (RX only) / 144-148MHz (TX only).